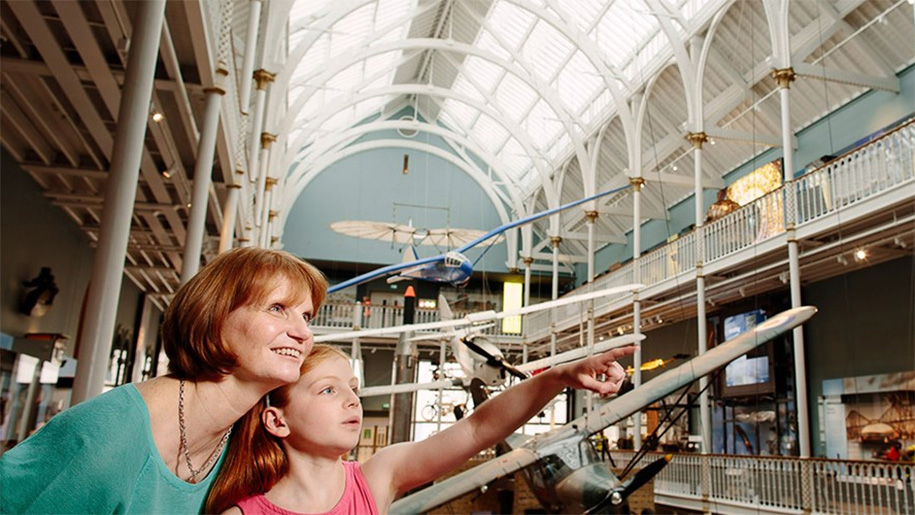 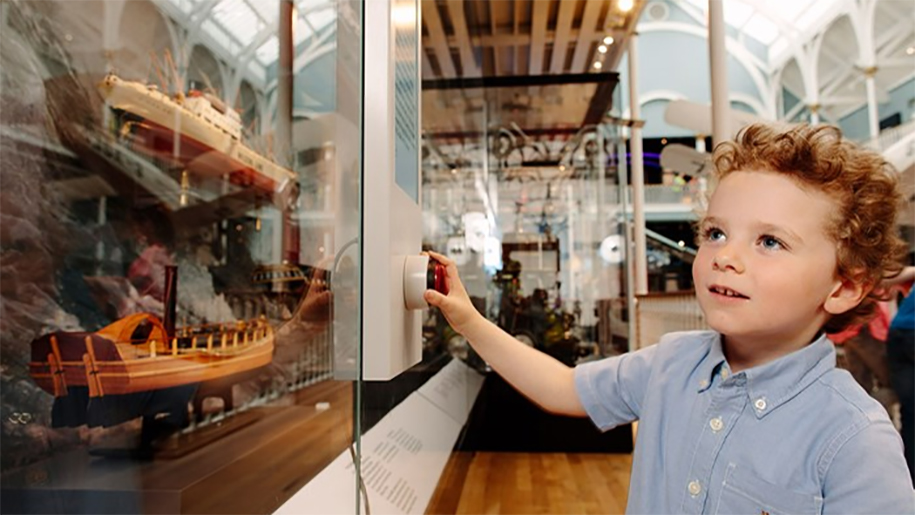 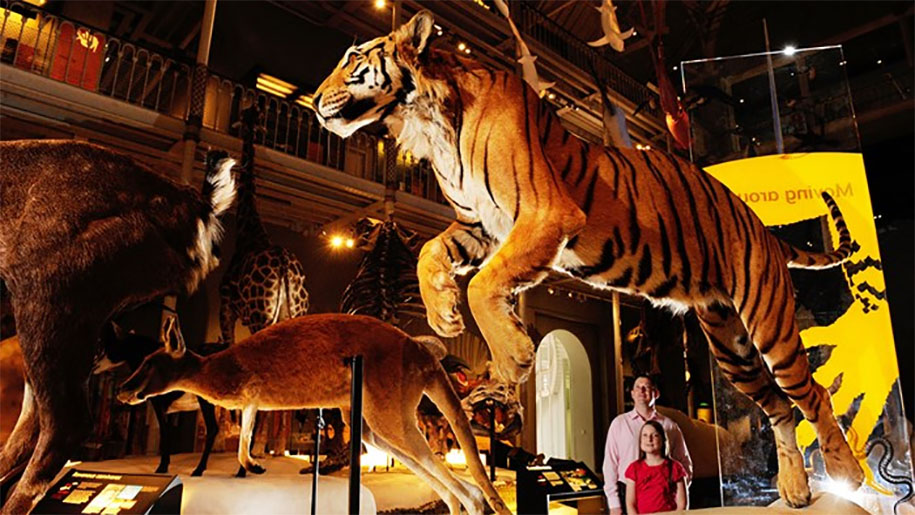 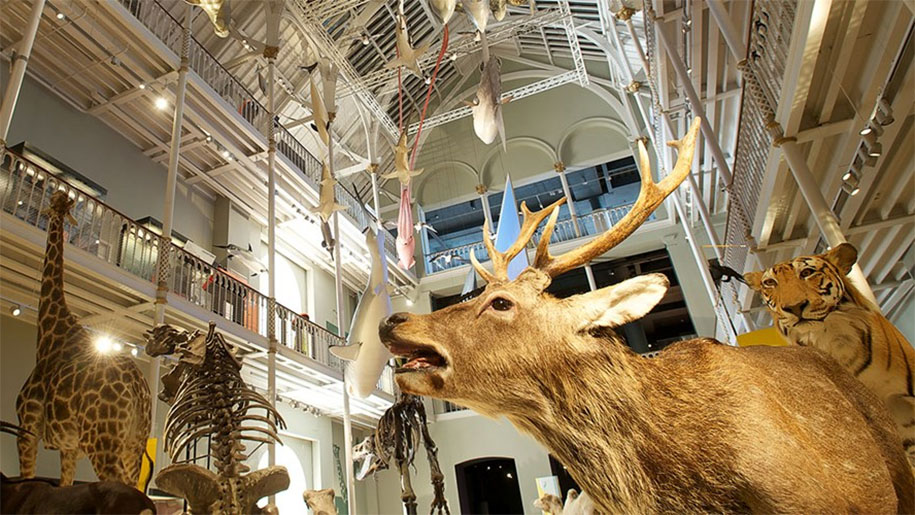 The collections take you on a journey of discovery through Scottish history and across the globe via art, design, technology, science and nature and more.

Officially one of the top twenty days out in the UK! The most widely visited museum outside of London. A stunning and diverse series of collections takes you on an unbelievable journey through time and place. Unrivalled collections spread across several galleries give a fascinating insight in to the natural world, fashion, art and design, Scottish history, archaeology, science and technology and much, much more.

The National Museum of Scotland, formed in 2006 with the merging of the new Museum of Scotland, completed in 1998 and the mainly Victorian Royal Museum comprises several separate galleries within the two widely varying buildings. The Grand Gallery is the main exhibition area in the Victorian building. It is a four-storey high, light and airy space, with delicate wrought-iron pillars and balconies. Here, in the “Window on the World” there are over 800 amazing objects which showcase the variety and breadth of the museum’s exhibits, from tiny 1cm Blaschka glass models to a metal girder from the original and infamous Tay Bridge. In this area too, is “Discoveries” – a celebration of the impact of Influential Scots across the world such as explorers, inventors, scientists and diplomats. Again, the diversity of objects is quite amazing and range from the 3000-year-old coffin and Mummy of Iufenamun the Egyptian priest to the world’s oldest surviving colour television set, dating from 1946.

The Art, Design and Fashion galleries are housed in this building too, and you can become closely acquainted with many items from such famous and wide-ranging names as Vivienne Westwood, Pringle, Rennie Mackintosh and Picasso. Further in to the building you will find the “Natural World” galleries. The extraordinary variety of life on Earth is illustrated by many collections including “Animal World”, “Adventure Planet” and “Restless Earth”.

You can trace the history and development of Scotland as a Nation in The Scottish History and Archaeology Galleries; from the flora and fauna of almost 3 billion years ago to the “Democracy For Scotland Tent” of the 1990s, via such diverse exhibits as The Lewis Chessmen, The Queen Mary Harp, The Arthur’s Seat Coffins and the (in)famous Hillman Imp car.

Leave a review for National Museum of Scotland